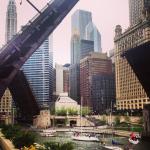 Ciara Newby has made Chicago, Illinois her second home, where she moved to seven years ago.

Growing up in Sedgefield in the North East of England, Ciara always had a keen interest in languages and foreign cultures. She first studied for a BA in Spanish at Leeds University and then continued with an MA in Modern Languages at Newcastle University.

During her studies, Ciara also had the chance to spend one year abroad and perfected her Andalucian accent in Sanlucar de Barrameda. 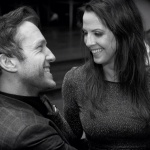 Following her teacher training in the UK, Ciara got the opportunity to move to the US for a job offer at the British School of Chicago. Since her arrival in 2006, she has been promoted first to Head of Spanish and is now the Director of World Languages. Her husband Ben also moved to the US with her and was a partner in one of Chicago’s hippest nightclub, a Vice President of Nightlife at the Menin Hotels in Chicago and has now established his own business.

When you moved to the US, what were your expectations?

I had never been to the States before so I had a pretty stereotypical view. I imagined that life would be somehow like in the movies, that it would be quite cheap, I had a preconceived idea of service and that there would be shopping malls everywhere. I also didn’t expect things to be very different as I would work at a British school, but there were differences for example the use of the English language.

How did you manage your initial settling in period?

Technology, like Skype, helped a lot to be able to talk to my family. Also the American culture is all set for convenience, which is great. My company also helped us with the move there and sorting out practical issues such as opening a bank account and getting a social security number. But the hardest thing was to make new friends – I just didn’t want to live in the expat bubble or only socialise with people from work. The older you get, the more difficult it seems to be to make new friends.

How did you make friends outside the expat community/work?

I tried to always be very friendly and open. Americans in general are quite curious to find out where you’re from so when I thought I would get on with somebody, I’d ask them to go for a coffee and chat. You just have to grab opportunities and keep working at it. I also know of friends networks and groups, which others used to get to know people.

What do you enjoy most living in Chicago?

The standard of living is higher and I love to travel and explore, both in the US and Latin America. It is very exciting living in the centre of a city that is so beautiful and has such outstanding architecture. I love the mix of culture, restaurants and the street festivals they organise.

What do you miss from back home?

Obviously friends and family. But I also miss the quaintness and Britishness, the picturesque countryside, Sunday dinners with Yorkshire Pudding, chips with salt and vinegar and Coronation Street.

They sometimes talk about two nations separated by a common language? Have you experienced any differences in communication style?

People in the US are more well mannered. British people are more to the point. Socially I was quite shocked how acceptable it was to have dinner and use the cell phone all the time for calls and texting. I don’t know if that’s the same now here in the UK.

What values did your parents/school instil when you were growing up?

I went to a Catholic school and we were taught to be honest, always tell the truth and see the good in anybody. I would say I was brought up with Christian values.

From your observations at school, what values do you think are important in the US, that we don’t focus so much on in the UK?

Ambition is driven into children for example in sports and also academically. Parents have to encourage their children as education is more expensive than in the UK. They seem to have a stronger vision about being the best. In the UK it is more about enjoying to be a child.

Could you imagine working in another country?

Do you believe working abroad has been useful for your career?

Definitely. As Director of World Languages, I also look for overseas experience when looking at other people’s resumes.

What characteristics do you believe somebody should have, if they want to work/move overseas?

They have to be adaptive, patient, enthusiastic and need to accept that things are done differently. If you’re in a country that has another language than your own, it is essential to take lessons in it to be able to integrate more. I would also recommend that people should explore more outside the ‘expat bubble’ as this will make their overseas experience more worthwhile.

What is your favourite food & drink in the US?

I love sushi – there are so many sushi places in Chicago and I hadn’t had it before I came here. I also like American steak and seafood houses. Drink, well it has to be one of my husband’s cocktail concoctions:-)

What places would you recommend for people visiting Chicago or the States?

Downtown Chicago is beautiful, I’d recommend they take the architectural boat tour and find out more about the history. They should definitely go to a game of the Bears, Bulls, Cubs or Sox to get into the sports atmosphere. I love California and the Pacific Coast Highway, Arizona is beautiful and I love Miami as it’s quite Spanish.

What should people avoid?

Oh, be careful with grits – that’s a breakfast dish from the Southern states. I was really excited to try it and found it was disgusting. I’d also watch out for the portion size here – I first put on weight as I didn’t realise I could leave half my plate to go back. In the Southern states – Nevada, Alabama etc – public displays of affection are also frowned upon. Also be careful not to get yourself into less desirable neighbourhoods, because people do have guns in the US and use them.

Have you taken up any new activities since moving to the US?

Yes, I started sawing and taking lessons in dressmaking, which I probably wouldn’t have done at home. Americans are also very much into exercising here and I now do yoga and spinning, which again I don’t think I would have made the effort back home.

And we have to have some weather talk – what’s it like in Chicago?

The summers are very hot and we go to the beach a lot. There are also open air cinemas where you can go and have a picnic. In the winter it gets well below zero, sometimes even down to -30 degrees so you need snow boots and a good down jacket. Oh, and if you get an apartment, make sure it has air conditioning! Overall it’s a fairly safe place to be. Ah, there are some spiders here that can bite. But maybe there are some that bite in the UK??

What steps would you advice somebody to take before moving to the US?

I would think very carefully about what you really need to take there as everything can be bought here. Also prepare yourself emotionally as you’re a long way from home and make sure you say good-bye to everybody. I’d recommend to read some books, such as a Lonely Planet Guide. It helps you get a clearer idea of your new area and the more you know, the easier it will be to find your way around. If you come to Chicago, you can watch some movies that play here to see more of the city, for example Ferris Bueller’s Day Off, The Break Up or the Time Traveller’s Wife. The tv series Prison Break also starts off in Chicago.

I have not met anybody yet who didn’t like Chicago. Some people wanted to go home after a while, but I don’t think they had made enough effort to meet people. You just have to be prepared to have a go. If you come here with an open mind, you can adapt. You can never plan for every eventuality and things will go wrong whatever you do and they also won’t be what you expect. Personally, I have no plans yet to return to the UK.